Many people confuse Southwest cooking with Tex-Mex. While there are many similarities, they are distinctions. The three ingredients found in just about every Southwestern dish are blue corn, beans, and peppers. And unlike with Tex-Mex, Southwestern cuisine doesn't get heavy-handed with the cheese (queso). Check out these foods from the Southwest you have to try.

Peppers are a staple in Southwestern cooking, and they’re what give numerous dishes their flavor. A favorite — if not necessity — is the Hatch green chili, which grows only in Hatch, New Mexico. To make authentic Southwestern green chili, you have to use Hatch chilis.

A popular meat for green chili is pork. Slow cook the pork so that it’s nice and tender. Pull the pork in a separate dish. Cook onions in the pork grease until they’re tender. Add any other ingredients you’d like. Try garlic, tomatoes, cumin, oregano and, of course, Hatch green chilis. Squeeze some lime and get ready for dinner!

Cactus fries are exactly what their name suggests. Instead of using thinly sliced potatoes for your fries, substitute prickly pear cactus. Remove the thorns, boil the cactus until soft, cut into thin slices, dip them into a batter, deep fry, and season to taste. If you want an authentic Southwestern flavor, add some chilis or dip the fries into salsa to really turn up the heat.

Tamales are a Mexican staple that. Over time, they have been adopted and adapted by people in the Southwest. Many Native American tribes even had their own versions of the popular dish.

To make a tamale, steam dough inside of a corn husk, fill with whatever ingredients you like, wrap it up, and enjoy. The corn husk can be thrown away before eating or even used as a plate. Popular fillings include meats, cheeses, fruits, vegetables, and, of course, chilis. You can even fill the husk with sweet ingredients like strawberries and make dessert tamales.

These aren’t the burritos you get from Chipotle. True Southwestern burritos are smothered in a flavorful sauce. Good luck trying to use your hands; these are meant to be eaten with a fork and knife. The sauce is often made by mixing tomato sauce, enchilada sauce, and chilis. Fill a flour tortilla with meat, cheeses, and vegetables, and then pour the sauce over the whole thing. Cover the top with cheese and bake until it melts. Then grab your bib.

What can be more Southwestern than a recipe with the name of a Southwestern state in the name? Arizona cheese crisp is a favorite Southwestern snack and is one of the easiest recipes to make. Take a tortilla and butter each side. Put it in the oven for about 20 minutes, flipping halfway through. Add cheese, chilis, and any other toppings you want and put it back into the oven on high heat for another five minutes. When the cheese is bubbling, it’s time to eat.

Sopapillas are small pieces of fried dough that can be served as an appetizer, main course, or dessert. They can be topped with anything from spices to sugar or even dipped in salsa. Whatever flavor you’re looking for, there’s a sopapilla to satisfy.

Fry bread was invented by the Navajo people and is the most popular food at most powwows. To some, it’s considered a sacred tradition. It’s also used to create Navajo Tacos. To make fry bread, make a dough by mixing flour, baking powder, salt and milk. Form the dough into small balls and push them until they’re flat. Fry the dough until golden brown. Add your favorite toppings and enjoy.

Enchiladas may look like a burrito, but there’s one major difference between the two dishes: enchiladas are made with corn tortillas while burritos are made with flour tortillas. For most people, though not all, burritos are meant to be eaten with your hands like a sandwich. For enchiladas, that’s never the case. They’re always smothered in some sort of sauce and a fork is required

One of the things that sets Southwestern cooking apart is its use of whole peppers. No dish exemplifies this more than stuffed peppers. To make stuffed peppers, cut the top off of a bell pepper and remove the seeds inside. Now you have an edible bowl to hold your favorite meats, cheeses, vegetables and seasonings. Once stuffed, throw it in the oven for a few minutes and enjoy.

For those who want to take stuffed peppers to the next level, you need to try chile relleno. Instead of using a bell pepper, cut a large green pepper, preferably a Hatch or poblano, in half and fill with ground beef, rice and cheese. The pepper is then coated with a batter and fried. Once golden, add sauce and cheese, and then bake for a few minutes until the cheese is melted. What could be more Southwestern than that? 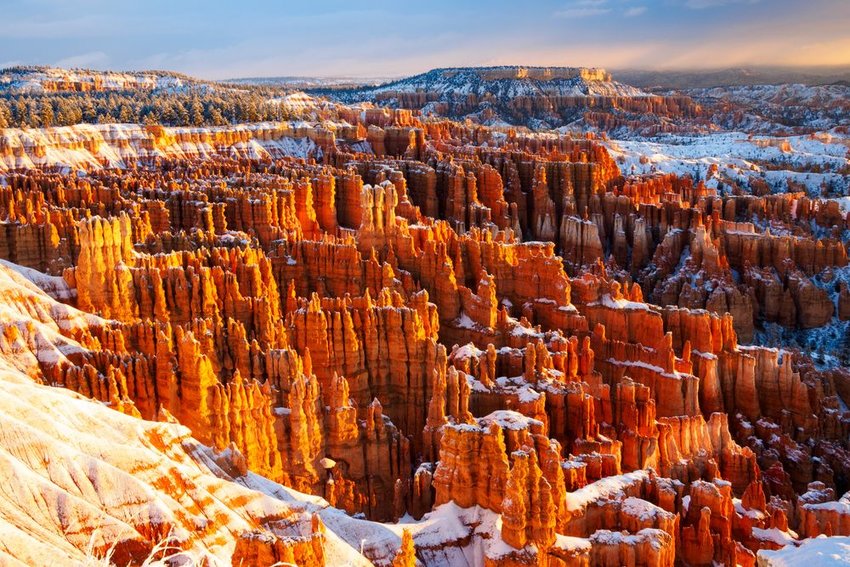 In the winter, the only way to traverse a trail is on snowshoe. Here are 5 of the best national parks in the U.S. for the perfect snowshoeing adventure. 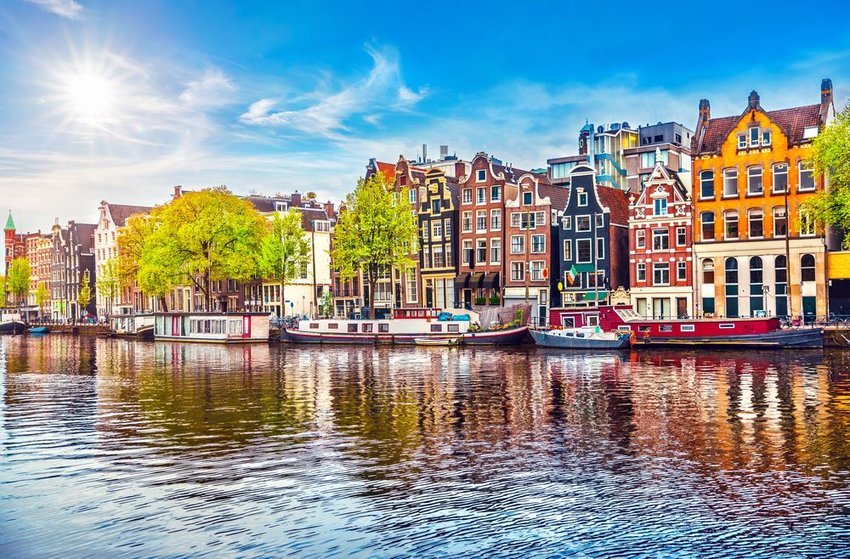 For the last seven years, the world happiness report has shed light on the general mood of the residents of countries around the world. Unfortunately for all of us stateside,