The tropical island chain of Indonesia is located between the continents of Australia and Asia. Historically, the islands of Indonesia were called the Dutch East Indies and were once a major trading hub for European powers. Christopher Columbus attempted to reach Indonesia for trade purposes when he accidentally discovered America instead. Here are 10 surprising facts about the islands that you probably didn't know.

It Has Thousands of Islands

Indonesia having numerous islands probably isn't too surprising, but you might not know that the country is a part of the world’s largest island archipelago. The Malay Archipelago consists of more than 24,000 islands and 17,508 of them belong to Indonesia. The Indonesian islands actually stretch for more than 3,200 miles from east to west!

It's Home to the Largest Lizard in the World

No, it’s not Godzilla. The largest lizard in the world is the Komodo dragon. These massive reptiles are found on only a few remote islands in the Indonesian archipelago. Komodo dragons can measure up to 10 feet in length and weigh as much as 300 pounds! Much like a snake, the Komodo dragon has a venomous bite and can unhinge its jaws to eat prey much larger than itself. They have been known to attack pigs, deer, cattle, and even humans.

Indonesia is also home to the largest flowers in the world as well. The Rafflesia arnoldii has the largest bloom of any flower and is native to only a few small islands in Indonesia. The flower can measure up to 3.5 feet in diameter and weigh up to 24 pounds. The Amorphophallus titanum, or the Titan arum, is also native to Indonesia and is the tallest flower in the world. It can reach heights of 12 feet and weigh up to 170 pounds. Although the two flowers are stunning, you shouldn't plant them in your garden at home. When they bloom, they each produce a smell similar to that of rotting flesh. They’re often called corpse flowers.

While most of the plants and animals in Indonesia tend to be on the larger side, the human population of Indonesia is considered to be the shortest in the world. The average adult male in Indonesia is only 5’ 2” tall.

It Has Hundreds of Active and Dangerous Volcanoes

There are 147 volcanoes scattered throughout the Indonesian islands — making it the country with the third most volcanoes in the world. Although it comes in third place numerically, Indonesian volcanoes are some of the most active and dangerous in the world. In 1815, the Tambora volcano had the largest eruption of historical times. The explosion created the loudest sound ever produced and caused tsunamis that killed 40,000 people. The ash from the explosion circulated around the world and caused the "Year Without a Summer."

Mount Toba is an ancient super volcano that was responsible for the largest eruption in human history. Around 75,000 years ago, Mount Toba erupted and sent the Earth into an ice age. The blast was so powerful that it nearly caused the extinction of humans. The crater at the top of the now dormant Mount Toba is the largest volcanic lake in the world.

It Has a Large Population

Despite the many volcanoes and dangerous animals that inhabit the islands, Indonesia has the fourth largest population of any country in the world. More than 270 million people live on the islands with 57% living on the island of Java alone. Over 87% of the country is Muslim, which makes the Indonesian islands home to the largest Muslim population in the world. Jakarta, the most populated city in Indonesia, is considered a megacity with more than 10 million residents. It’s also the 14th most populated city in the world.

It's Home to the Largest Buddhist Temple

The Borobudur Temple was built during the 8th century B.C.E. and is considered to be the largest Buddhist temple in the world. It’s located on the island of Java in Indonesia. The temple covers 27,000 square feet and is filled with stupas and statues. It was abandoned around the 15th century and rediscovered in the 1800s. Today, it serves as a Buddhist archeological site.

It Has the Third Most Coastline

While it might not be the largest country by area, Indonesia has the third most coastline of any country in the world. Considering that the countries with the first and second most coastline, Canada and Norway respectively, are in the extreme North, the beaches of topical Indonesia are much better for sunbathing. The crystal-clear waters of the south pacific make Indonesian beaches some of the best travel destinations in the world.

There Is Gold in the Hills

When you think of gold, your mind might jump to California or South America, but the Grasberg Mine in Papua, Indonesia is actually the largest gold mine in the world. The crater of the incredible mine is over one mile wide. In 2016, it produced more than one billion pounds of copper and one million ounces of gold.

Marco Polo Was the First European to Visit the Islands

On his way home from his journey to China in 1291, famous explorer Marco Polo spent five months in Indonesia waiting for the winds to change so he could set sail. This made him the first European to set foot on the remote islands.

We know there are questions around travel amid the coronavirus (COVID-19) outbreak. Read our note here. You might think that your local grocery store has a great selection of fruits 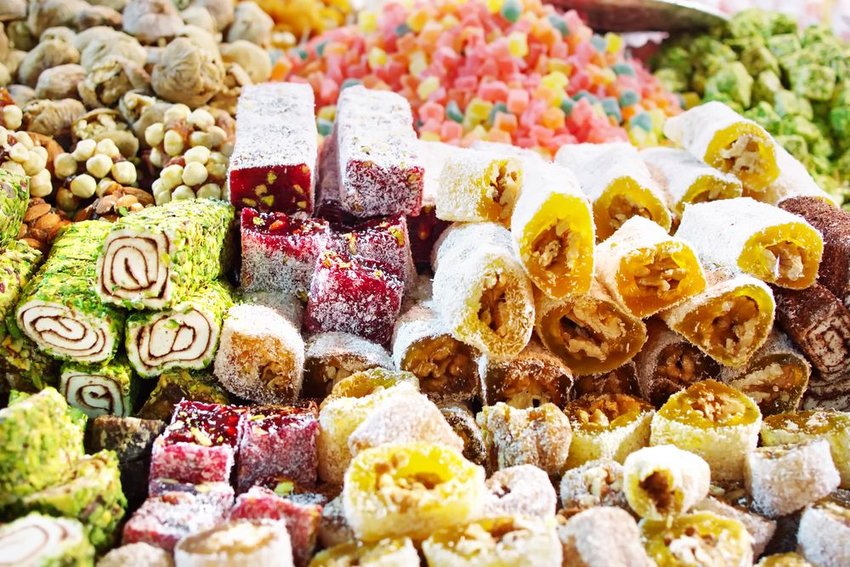 We know there are questions around travel amid the coronavirus (COVID-19) outbreak. Read our note here. Everyone loves candy. It doesn’t matter if you’re four or 92 years