Did you know that there are more than 7,000 islands in the Caribbean? While many of these islands are quite small, plenty of them are large enough to be home to millions of residents.

But what you may not know is that Cuba isn’t just one island. While most people recognize the alligator-like shape of Cuba’s mainland, the country actually includes more than 4,000 small islands and cays.

Many of these islands are quite tiny. Some are home to all-inclusive resorts and others are uninhabited, but some of them are quite respectable in size. For instance, Isla de la Juventud, Cuba’s second-largest island, measures a little over 900 square miles, and has a population of about 100,000.

Hispaniola is the second-largest island in the Caribbean. It has a landmass of over 29,000 square miles and a population of more than 20 million.

But if it’s so big, why is it that so many people have never heard of it? That’s because the island of Hispaniola actually includes two countries: Haiti and the Dominican Republic. While most people are familiar with these names, it’s not as well known that the island spanning both of them is called Hispaniola.

While these two countries are locked together by land, they are very different. The Dominican Republic is far wealthier, with a robust tourism economy and several world-renowned resorts. Haiti, on the other hand, has significant poverty issues and is not as popular for tourists.

Sugarcane Is Not Indigenous to Jamaica

Jamaica is the third-largest island in the Caribbean by landmass, spanning over 4,200 square miles. This makes it slightly larger than the next-biggest island, Puerto Rico, which measures in at about 3,500 square miles. However, in terms of population density, Puerto Rico is slightly larger, with a population of about 3.25 million as opposed to Jamaica's at about 2.9 million.

When you think of Jamaica’s most significant crops, you probably think of sugarcane, which is key to making the country’s famous rum. But did you know that sugarcane is not indigenous to Jamaica?

The original residents of Jamaica, the Arawak Indians, grew things like cassava, corn and yams. But when Spanish settlers came through in 1510, they brought sugarcane with them.

Along with the sugarcane, they also brought the custom of slavery. Thousands of Africans were imported to the island to work on sugarcane and tobacco plantations. When the British took over Jamaica, agriculture became the island’s main economy.

While slavery was later abolished, the tradition of agriculture has remained strong in Jamaica. Agriculture is one of the main economies on the island, with the sugar industry being the oldest continuously-run operation on the island.

How’s That For Some Tropical Trivia?

The Caribbean may be one large tropical region, but the area’s biggest islands are all quite different from one another. While they may share similar climates and geography, there’s still plenty of economic and cultural diversity among these tropical destinations.

From technicolor sunsets above tea plantations to enchanted forests and soaring waterfalls among the clouds. 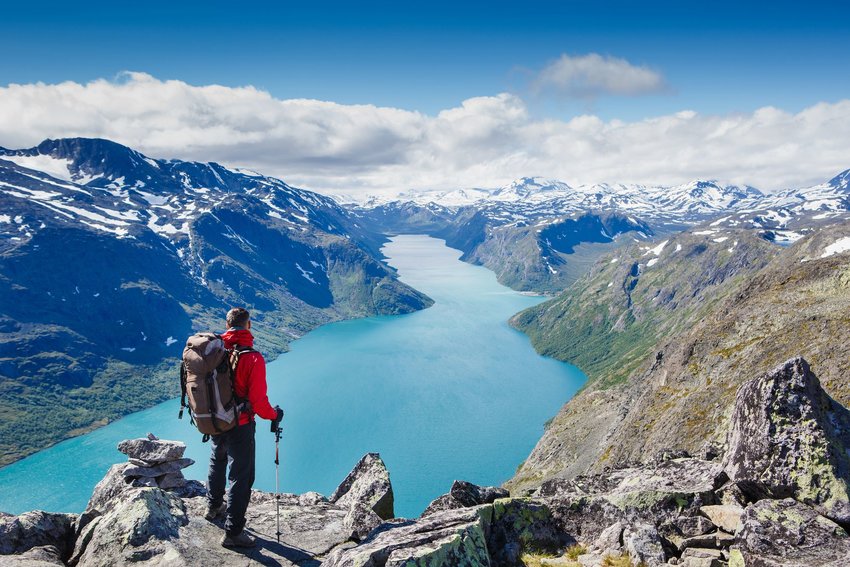 Norway boats 291 peaks that top out over 6,000 feet above sea level. These are the tallest of them all.