Summer is almost upon us, and that means that gorgeous weather will give you more reasons to spend time outside. And what says summer better than a picnic? Whether it’s with family, friends, or both, there’s nothing like relaxing on a blanket with your favorite foods, while enjoying the serene nature of the park around you. If you’re planning to travel to jolly old London this summer, you might want to put a detour in your jam-packed schedule for a picnic in one of these Royal Parks.

By far, Hyde Park is probably one of—if not the—most well-known parks in London. It’s also one of the most popular parks in the world, covering over 350 acres of land. With so many trees, gardens and secluded spots on the grounds, it’s easy to forget that you’re in a bustling city. Hyde Park is part of London’s Royal Park system, and it is one of the eight parks within that collection. The relaxing oasis first began as hunting grounds for Henry VIII when he first acquired the land in 1536.

The space continued to serve in this role until 1637 when James I opened it to the public. In the 1730s, Queen Caroline oversaw massive renovations in the park, including the development of The Serpentine Lake. Since the 1800s, Hyde Park has served as a gathering space for live events and even protests. Today, in addition to catching live musical acts, once you’ve had that picnic, you can also enjoy a number of outdoor activities including tennis, horseback riding, swimming, boating, cycling, and skating.

You might think that Hyde Park is pretty old, but there’s one even older. Greenwich Park is another member of the Royal Parks system and is the oldest park in that collection. Did you know that this park is home to the Prime Meridian Line and is also part of the Greenwich World Heritage Site? Because of this, Greenwich Park is especially important to scientists and timekeeping enthusiasts. The Old Royal Observatory, the National Maritime Museum, the Royal Naval College and the Queen’s House are all located within the park.

Just like with Hyde Park, Greenwich Park first began as grounds for the royal family in 1427. Henry VIII was born here as well as his two daughters, Mary I and Elizabeth I. Queen Anne, wife of James I, was gifted the park and the palace, which is the basis for the “Queen’s House.” Today, the park is a popular relaxation point for Londoners and tourists alike. After you’ve enjoyed that picnic, soak in a bit of history and science by visiting the historical sites on the grounds.

Kensington Gardens is actually part of Kensington Palace, which is actively used by the royal family today. The gardens are centrally located in London. So this particular Royal Park will give you a chance to see a palace up close and personal and maybe, if you’re lucky, a British monarch. Kensington Gardens is one of the younger parks within the Royal Park system, but that doesn’t make it any less beautiful. The grounds were designed by Queen Caroline, wife of George II, in 1728, and she resided in Kensington Palace. Queen Victoria was born here as well.

Initially, the park was closed to the public until the late 18th century. But even then, only the well-heeled and fashionable were able to access it. Today, Kensington Gardens serves as a green oasis for all. But it also has several attractions including the Diana Princess of Wales Memorial Walk, Diana Memorial Playground (which is free to access), and of course, Kensington Palace with select areas of the building that are open to the public.

The fast-food giant is notably absent in several countries. 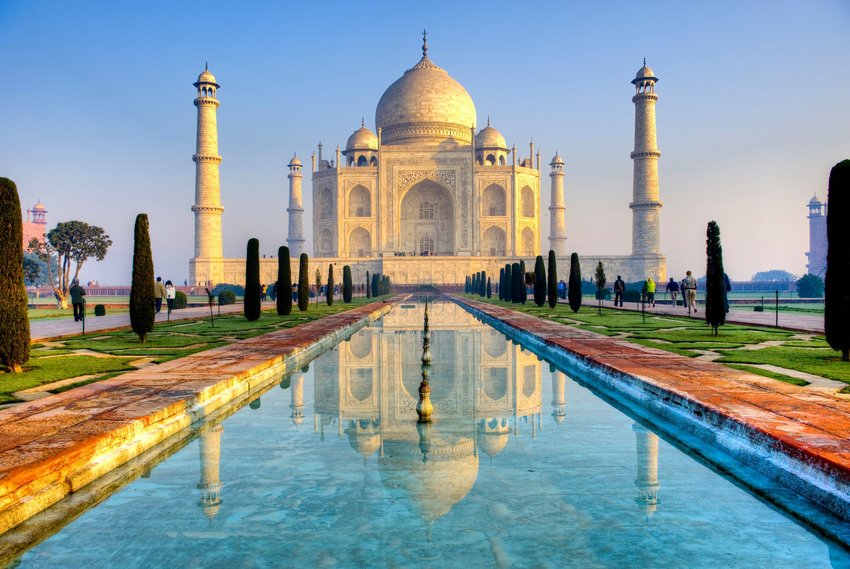 The iconic monuments on this list represent the apex of human ingenuity, engineering, and culture.