In the minds of many, the Caribbean looks a bit like a still from a Corona commercial — sitting on a remote, pristine beach with beverage in hand and legs outstretched in the sand. This scene can be found on the many islands  you'd instantly recognize, like Jamaica, Aruba, or Barbados.

However, some of those destinations can be packed with dawdling tourists and rowdy spring breakers. Head to one of these lesser-known islands to get all the beauty without the crowds.

The arrival to Saba is not for the faint of heart, as the island’s runway is built into a series of high-elevation cliffs. In the 17th and 18th centuries, Saba’s main exports were sugar, indigo, and rum from the Dutch plantations on the island. It is also believed to have been a favored hideaway for Jamaican pirates.

Most of the island’s lush scenery consists of potentially active volcanoes. Saba’s total population sits at 1,800 with a small harbor and four villages – no beaches, shopping centers, or casinos. At the island’s highest elevation lies the Elfin Forest reserve, a misty pygmy forest. Wild raspberries, fuchsia trees, and a variety of wild birds inhabit the Elfin Reserve.

The island of Nevis takes its name from Spanish settlers, derived from Nuestra Señora de las Nieves (Our Lady of the Snows), a feast day from the Roman calendar. Sandy white coral beaches line the coastline, and the coastal plains are dotted with freshwater and hot water volcanic springs, especially along the western coast. If you find yourself wandering the wild, you may come upon one of the many freely roaming monkeys who inhabit the island.

Nevis is another island where you won’t find retail chains or casinos. Most of the hotels on the island are transformed former plantation homes, and the entire infrastructure is eco-friendly. As a side note, the island is also the birthplace of Alexander Hamilton.

Vieques was given its nickname of “Isla Nena” (Little Girl Island) by the Puerto Rican poet Luis Lloren Torres, which is a bit more affectionate than the island’s British moniker during the colonial period: “Crab Island.” The only routes to Vieques are by ferry or plane from nearby San Juan.

The island is inhabited by free-roaming horses and offers scuba diving tours in the pristine waters, but a more notable indigenous species is Pyrodinium bahamense, a photosynthetic dinoflagellate that lights up the beach waters at night with its glowing bioluminescent activity.

Vieques is an entry on the list that’s slowly emerging from the shades of untraveled to become a tourist destination, so if your goal is to visit the island in its unspoiled glory, now would be a good time.

Though Los Roques is a short flight away from Caracas, it’s a world apart. The island is sparse with tourists and unspoiled in its natural beauty. The pristine coral reefs sometimes attract the yachts of wealthy seafarers, but on the island itself, you’re much more likely to encounter a flamingo than another person. In fact, the island is home to such a variety of natural life that it has been declared by the Venezuelan government as a protected national park since 1972.

Whether for birding, snorkeling, windsurfing, or lounging on its beaches, Los Roques is truly an unspoiled gem for adventurous travelers. If you’re looking for an island paradise away from Hawaiian shirts and tourists, Los Roques is probably for you. 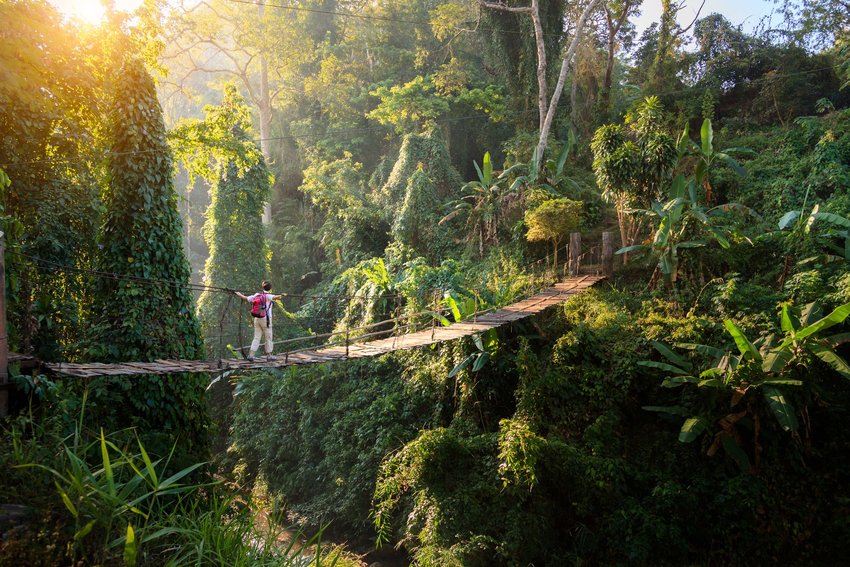 These challenging hikes offer breathtaking beauty at every turn. 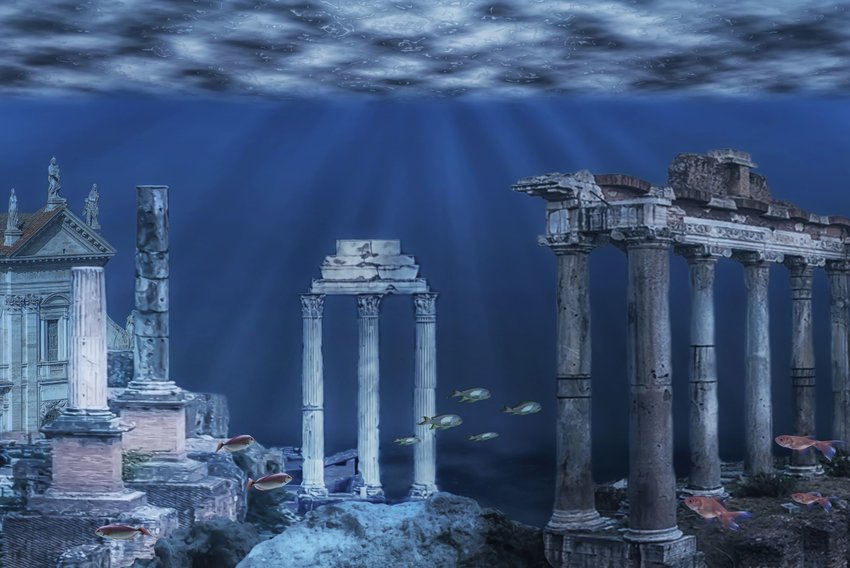 These sunken cities would have been worth a visit even before the ocean claimed them.