Prior to 1941, South Dakota was not known for its booming tourism industry. In fact, there wasn’t much of a tourism industry at all. In 1924, sculptor Gutzon Borglum was hired to construct the famous monument in an effort to attract more visitors to the Black Hills area. It took 400 workers 14 years to remove the 450,000 tons of rock necessary to reveal the presidential faces. Today, over 2 million visitors flock to Mount Rushmore to see the grand “shrine of democracy” every year.

Borglum chose the four presidents to represent the birth, growth, development, and preservation of the United States. But there's even more to know about each one.

It comes as no surprise that George Washington would make the cut to have his face carved into the side of a mountain. Washington was a prominent general in the Revolutionary War against the British, a FoundingFather of the constitution, and the first President of the United States. It is hard to find another person more singularly influential in the founding of the country. He was chosen for Mount Rushmore to symbolize the birth of the nation.

During his time in the military, Washington made it to the rank of three-star Lieutenant General, which, given his accomplishments, is not very high. In 1976 he was posthumously awarded the highest rank ever given in the U.S. military: General of the Armies of the United States. He is the only person who will hold that rank; no one will ever outrank him. Washington is also the only president to go into battle while holding office.

Thomas Jefferson was the third President of the United States, an important Founding Father, and the primary author of the Declaration of Independence. He is considered one of the greatest minds in American history. He is also responsible for the Louisiana Purchase, which doubled the size of the United States and added the land encompassing 15 present-day states. Jefferson was chosen for Mount Rushmore to symbolize the growth of the nation.

It is believed that Jefferson had the largest personal collection of books in the United States at the time. In 1814, the British raided the Library of Congress, and many of the books were destroyed. Jefferson donated his own collection containing around 6,500 books to replace them.

Theodore Roosevelt, aka Teddy, was the 26th President of the United States. He was president at the turn of the century when America was going through an economic boom. Under his presidency, the Panama Canal was constructed, and he fought to end corporate monopolies and ensure the rights of the working class. He was chosen for Mount Rushmore to symbolize the development of the United States.

Roosevelt was known for his high-energy lifestyle. In his spare time, he enjoyed hunting and boxing. He was even blinded in one eye during a boxing match while in the White House. After the incident, he gave up boxing and switched to jiu-jitsu instead. During a hunting expedition, a guide had tied a bear to a tree for him to shoot. Deeming it unsporting, Roosevelt refused to shoot an animal that couldn’t defend itself. After a political cartoon about the incident ran in a local newspaper, vendors began to sell stuffed bears to commemorate Roosevelt’s love of bears. Thus, the Teddy Bear was born.

Lincoln was an avid wrestler in his younger years. Because of his height and lanky frame, he was one of the best in his time. It has been estimated that he was defeated only once out of approximately 300 matches. For that, he has been inducted into the National Wrestling Hall of Fame as an “Outstanding American.” He also enjoyed tinkering with gadgets and machinery. He is the only president to hold a patent and enjoyed participating in new weapons tests at the White House.

The Shrine of Democracy

Each president depicted on Mount Rushmore was chosen to represent an aspect of what makes the U.S. great. Each face is over 60 feet tall, and the entire carving covers almost 1,300 acres. Even at that size, it is hard to give justice to the accomplishments of such incredible people.

Yes, there's poutine, but there's so much more to eat in this huge and diverse country. 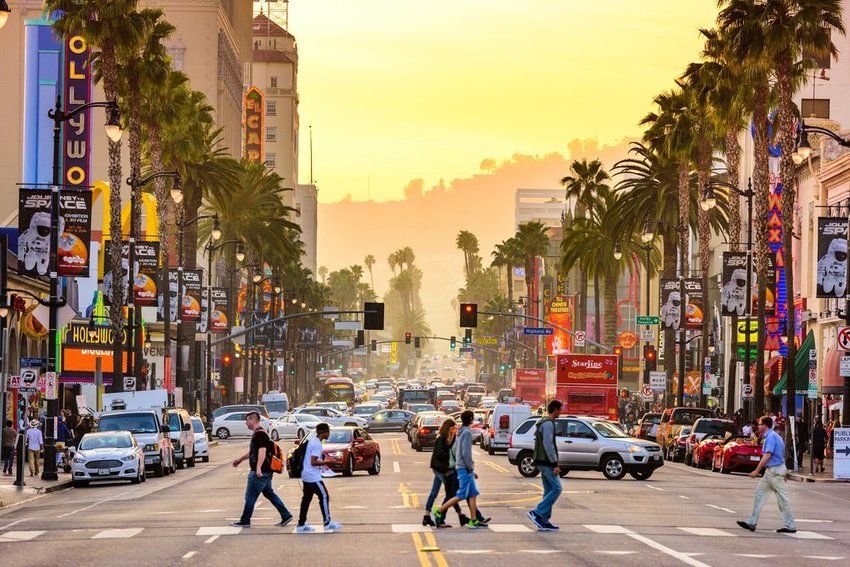 L.A. is a cultural kaleidoscope where you can easily experience cultures from around the globe without ever leaving the city.