Middle Eastern food has been gaining popularity over the past decade, but there are still many dishes that haven’t reached the popularity in the United States that hummus and falafel have enjoyed. Ushering in the New Year means trying new things. Perhaps your favorite Middle Eastern dish is yet to be discovered. Here are five Middle Eastern foods to check out in 2020 that you’ve never tried before.

Manakeesh is the Middle Eastern equivalent of pizza. Not much is known about the origins of the dish, but it was mentioned in cookbooks as early as the 10th century. The fact that the creation of the dish is not mentioned leads researchers to believe that it had been around long before the recipe ever made it into cookbooks. Manakeesh might actually be the world’s first circular, topped flatbread! Sorry, pizza.

Today, manakeesh (also spelled "manakish") is a very popular dish throughout the Middle East. It consists of a brick-oven-baked flatbread topped with just about anything you want. Most of the time, the flatbread is topped with an herb-and-seed blend called za’atar. Other toppings like meats, vegetables and cheese can be added as desired. In some Middle Eastern countries like Lebanon, manakeesh is a popular breakfast food.

Tabbouleh got its start in the mountains between Lebanon and Syria. People in the area would gather what ingredients they had and mix them together to form a sort of salad. Tabbouleh (sometimes spelled "tabouli") was a popular food all the way back to the Middle Ages.

Over time, the dish has been adopted by many different Middle Eastern cultures, who have adapted the traditional recipe with ingredients that are more popular in their region. The most common tabbouleh recipe mixes parsley, mint, onions, bulgur wheat, and tomatoes into a salad with a lemon juice, olive oil, salt, and pepper dressing. Depending on your taste, many people like to add pomegranate or grape juice to give the salad some extra flavor. If you’re looking for a unique, healthful recipe to spice up your dinner rotation, give tabbouleh a try!

If you’re looking for that one recipe that can be used for everything, shakshuka might be your new favorite. It’s healthful, versatile, easy to make, requires only one pan (no dishes!) and is a lot of fun to say! This amazing recipe comes from North Africa and has spread throughout the Middle East. Today, it’s most strongly associated with Israel but is enjoyed by many Middle Eastern cultures.

To make shakshuka, all you have to do is make a tomato sauce and crack some eggs into it. From there, add all the ingredients you want. Popular options include peppers, squash, kale, eggplant, and potatoes. Let the eggs cook to your desired firmness and enjoy. Not only is shakshuka easy to make, but it also looks fantastic. Even people who say they can’t cook can surprise the harshest critic when they bring this out of the kitchen.

Shish tawook (also spelled "taouk") is a dish left over from the Ottoman Empire’s reign over the Middle East. Over time, it has been adapted into the recipe that can be found in just about every restaurant in the this region.

The secret to the recipe is lemon juice and yogurt. To make shish tawook, start by cutting chicken breast into 2-inch cubes. Marinate the chicken in the yogurt and lemon juice, among other seasonings as you like, for at least four hours; the longer the better. The yogurt and lemon juice act as a meat tenderizer, which is what makes shish tawook different from your standard chicken kebabs. Once the meat is done marinating, skewer the chicken and put it on the grill until golden.

After all these delicious options for dinner, it’s time for some dessert! Knafeh is a popular Middle Eastern cheesecake with origins dating back to 10th century Palestine. It has since been adapted by many different Middle Eastern countries to best suit their local tastes.

Knafeh is a cake made with a crunchy, shredded phyllo dough, layers of creamy cheese mixture (traditionally Nabulsi cheese) and topped with a sweet lemon and sugar sauce called rosewater syrup. Together, it forms one of the most popular desserts in the Middle East. It’s so good that Palestinians consider it a part of their national identity. 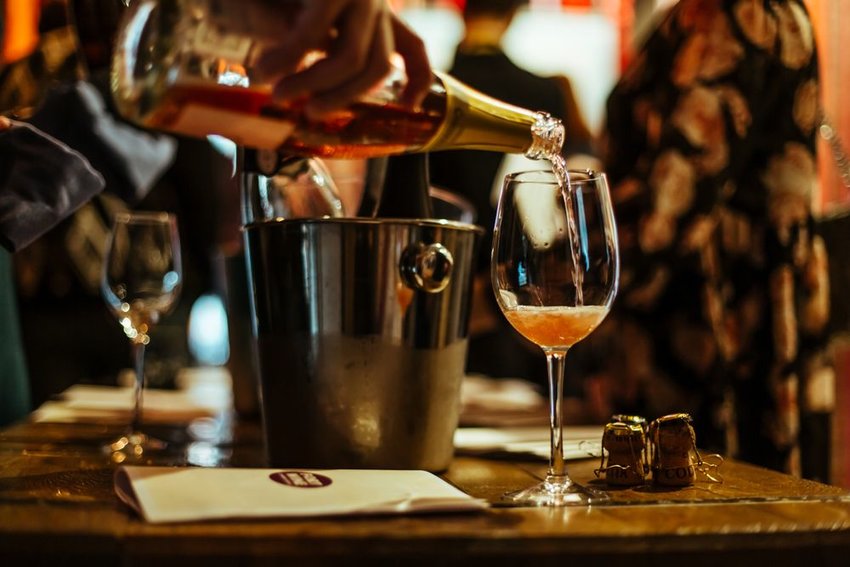 Find out where eating 12 grapes, burning an effigy, and painting your door red are all harbingers of good luck for a new year. 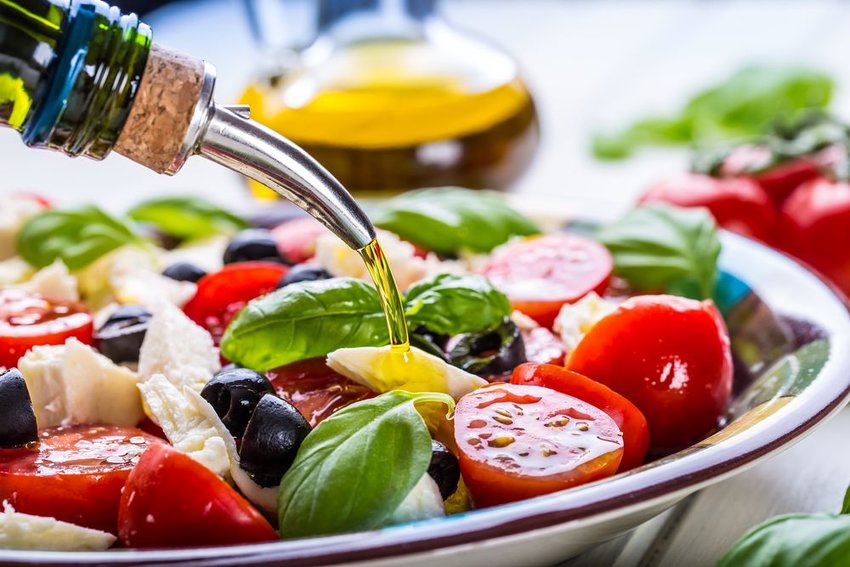 The Mediterranean Diet is all about eating natural, low-fat, non-processed foods. How does it work?