When you’re craving Mexican food, what kind of dishes do you order? Many people stick with the classics like burritos, tacos, and enchiladas. While these dishes are definitely delicious, it may be time to expand your horizons. After all, there are so many more tasty Mexican specialties to try!

From clever concoctions made using tortillas to delectable stuffed peppers and beyond, there are plenty of tempting and flavorful Mexican dishes out there that you’re bound to love. Here are five mouth-watering Mexican dishes you’ve never heard of.

In the U.S., it’s common to use stale bread to make French toast. In Mexico, they use stale tortillas to create a savory breakfast sensation called chilaquiles.

Pronounced “cheel-uh-keel-ehz,” this dish starts with day-old tortillas that are cut or torn, fried, and served with a melange of other ingredients like eggs, beans, cheese, and salsa.

Chilaquiles is like a particularly decadent — and tasty — variety of nachos. They are particularly popular for breakfast in Mexico but are bound to satisfy at any time of day.

These aren’t your grandma’s stuffed peppers. Chiles rellenos make for a rich, satisfying, and deeply comforting dish. It’s not hard to see why they’re so beloved in their native Mexico.

To make this dish, start with a large poblano or similar pepper, then split it, stuff it with fillings, and coat with an egg batter and fry to crispy perfection. It’s often covered with extra cheese and a spicy tomato-based sauce. It makes for a hearty meal that you’ll crave often.

At first, this dish may sound somewhat similar to chiles rellenos. It starts with poblano chiles that are filled with a picadillo mixture (typically consisting of meat, spices, and fruit). But that’s where it deviates. Chiles en nogada are topped with a walnut-cream sauce called “nogada” and garnished with jewel-like pomegranate seeds and green chile.

These toppings aren’t just delicious, but symbolic. They represent the colors of the Mexican flag (white, red, and green). This dish is often served as part of the country’s Independence Day celebrations in September but is delightful all year round.

Wait – aren’t huaraches a type of sandal? Yes, they are. In fact, that’s where this dish gets its name because the finished product is said to visually resemble a sandal (though you have to squint pretty hard to see it).

A huarache starts with an oblong portion of fried masa dough. It’s thicker than a tortilla and must be so because it’s piled with toppings like beans, meat, cheese, and/or vegetables.

While the dish is most popular in Mexico City, its fame has spread to places with a large Mexican-American population, so they are easy to find in places like Los Angeles, Dallas, Houston, or New York.

Is it a soup? Is it a stew? That part is up for debate, but no matter how you choose to label it, pozole (also called posole) makes for a fantastic culinary experience.

Hominy is the star of the show in pozole. In case you’re not familiar, that’s hulled corn kernels. Aztecs were said to view maize as sacred, which may explain why pozole is considered a special-occasion food.

Fatter and starchier than plain cooked corn kernels, hominy is what gives this dish its signature comforting flavor, which is augmented with chiles, tomatoes, pork, and plenty of spices. It’s often garnished with fixings like cabbage, onions, radishes, and lime, and served with warm tortillas for a cozy finished dish.

A World of Flavor

Mexican food is known for its vibrant flavors and fresh ingredients. But if you’ve been sticking to familiar dishes like fajitas and nachos, you’ve been missing out! There are so many delicious Mexican dishes to try, and they’re well worth seeking out. Which one will you try first?

If an afternoon nap sounds like pure bliss to you, then perhaps one of these countries should be your next travel destination. 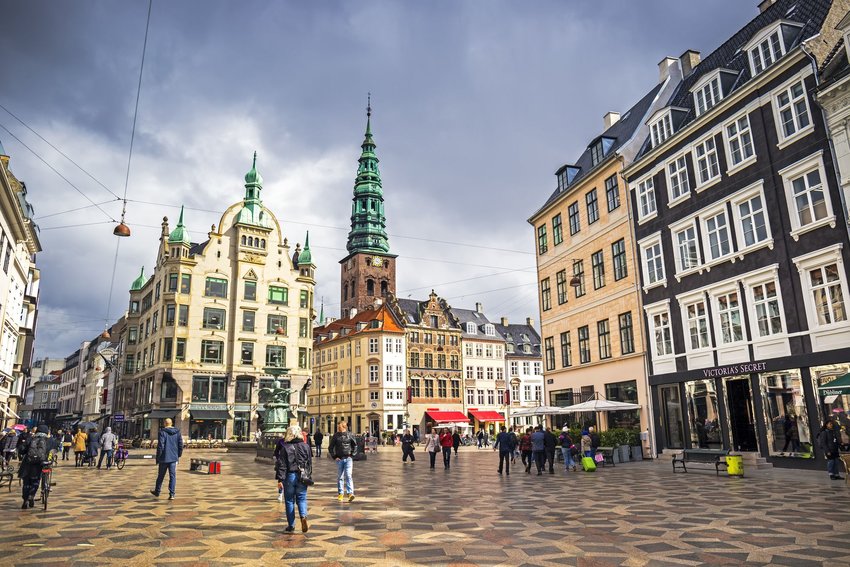 Rich with history and unique in their own ways, these streets show that sometimes a walk is worth a thousand words.