Over 300,000 people travel the Camino de Santiago in northern Spain every year. Whether they're there to complete the religious pilgrimage or just to take in the countryside, hikers are in for a treat as they cross some of the most beautiful and historic areas found on the Iberian Peninsula. Here are five places that you need to stop at when you hike Spain’s most famous pilgrimage route.

While there are multiple ways to complete the Camino de Santiago, the most popular route is the French Way, which begins at the French-Spanish border and heads south. On this route, one of the first major cities that you will stop is Logroño.

Logroño is an ancient city with many wonderful things to see, but one of the most impressive landmarks is the Co-Cathedral of Santa María. The building is considered both a church and a cathedral and has two ornately decorated bell towers and a unique clock with three separate faces — one for the seconds, one for minutes, and one for hours.

This 13th-century cathedral is notable for its massive size and elaborate Gothic style, which make it one of the most famous sites in northern Spain. The cathedral’s many spires make it an unmistakable part of the Burgos skyline, but don’t stop at simply seeing it from afar. There is much more to discover inside.

Hidden within the UNESCO World Heritage Site are amazing examples of interior Gothic architecture as well as many beautiful artworks and sculptures. Perhaps the most fascinating artifacts in the building, however, are the tomb and chest of El Cid — one of Spain’s most revered heroes.

Another 13th-century cathedral, the León Cathedral is unique because it houses the largest and most well-preserved collection of historic stained glass in Europe. The walls of the cathedral contain almost 2,000 square meters of stained glass and a large majority of it is original. The entire vaulting of the primary cathedral is covered with intricate, colorful stained glass, which makes visiting the cathedral during the day an otherworldly experience.

The rest of the cathedral is well worth your time as well. You can visit the remains of the Roman thermal baths, which date back to the second century or view the roughly 1,500 pieces of spiritual art housed there.

As you reach the end of your journey down the Camino de Santiago, you might be inclined to skip the small town of Astoraga. However, this would be a mistake since this is one of the most historic places in all of Spain.

The town of Astoraga itself shows evidence of being inhabited by the ancient Celts and Romans before evolving into its more modern form under catholic Spanish rule. The walls that still surround the town were built by the first Roman conquerors and if you have time to travel outside of town, you can see the home of a wealthy Roman family that is under excavation.

This amazing fortress was built in 1178 for one express purpose — to protect the pilgrims who were traveling the Camino de Santiago. This makes it a vital spot to experience when you head down this road on your own.

You can take a guided tour of the castle and gain a wonderful perspective on the how the journey you are taking today connects to one taken by thousands upon thousands of people over the course of nearly a millennium. Climb the castle walls to gain a panoramic view of the surrounding countryside. In addition, since Ponferrada is one of the last significant stops on the Camino de Santiago, you will be able to see just how much farther you have to go. 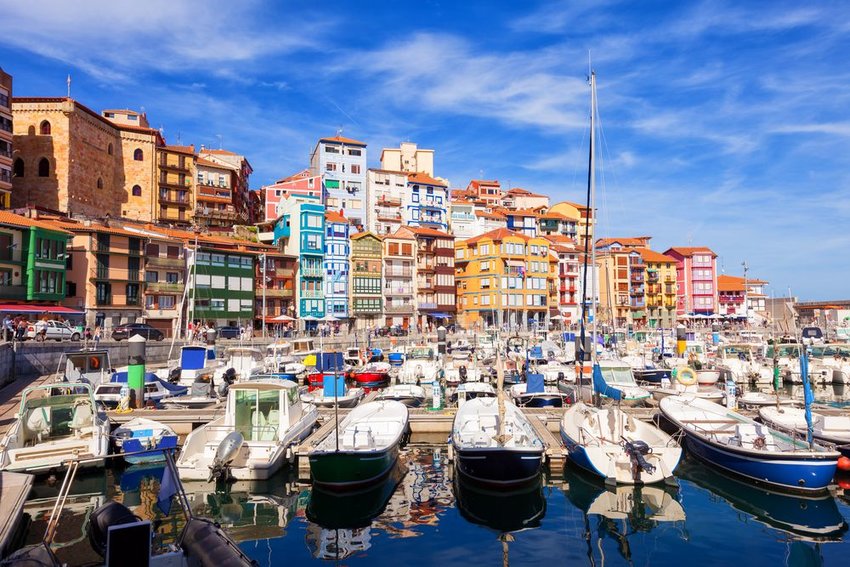 Basque Country is a unique region in Europe with culture, cuisine, and language all its own. In fact, the origins of Basque Country are surrounded in mystery because the culture

We know there are questions around travel amid the coronavirus (COVID-19) outbreak. Read our note here. To even the most well-trained eye, it can be hard to decipher the difference