Box office gross revenue for films in the United States and Canada reached almost $12 billion in 2018, and blockbusters new to theaters every week earn hundreds of millions of dollars globally. It’s safe to say movies are enjoyed and celebrated the world over.

But cinema enthusiasm reaches a whole different level at the most prestigious and largest film festivals around the globe. Here, movie stars, directors, writers, and other major players in the industry come together to screen their newest works and participate in some of the world's most glamorous parties and events.

Pull back the curtain and take a quick look at seven of the biggest and most recognized film festivals in the world.

The Venice International Film Festival, held every year in early fall in Venice, Italy, is officially the oldest film festival in the world. The festival (also known as the Venice Film Festival) was first founded in 1932 as part of the Venice Biennale, a Venice City Council exhibition for Italian art that predates the film festival by almost 40 years.

The Venice International Film Festival attracts some of the most successful directors and actors every year on the red carpet on the Lido di Venizia shoal in Venice to premiere new films and strive for top honors. The coveted Golden Lions are awarded each year for best film as well as lifetime achievement, and the Coppa Volpi (Volpi Cup) is awarded for best actor/actress.

The Palme d’Or is the festival’s highest honor, and also considered to be one of the most prestigious awards given within the film industry, but the Grand Prix and Prix de Jury are also top honors.

There are a trio of festivals that make up the “Big Three” as far as prestige, anticipation, and expectations are concerned, and the Berlin International Film Festival rounds out the trinity (along with Cannes and Venice). Founded in 1951, and often called Berlinale, the annual film festival is held in Berlin, Germany, and claims the largest public attendance in the world with ticket sales reaching anywhere from 300,000 to 500,000 tickets every year.

The Golden Bear is awarded annually to the best picture and best short film, as well as for lifetime achievement. The runner-up Silver Bear award is given in the same categories.

The Toronto International Film Festival, affectionately abbreviated TIFF, is Canada’s “premiere home of cinema” and is held every year in Toronto, Ontario, Canada. TIFF has blossomed into one of the most prestigious and influential film festivals in the world since its beginnings in 1976, and both Time and Variety have recognized the festival’s impact on the industry over the decades.

TIFF is also acknowledged as a film festival that holds particular weight in its ability to generate and predict Academy Award buzz. TIFF’s People’s Choice Award is based on audience balloting and often forecasts which films will receive Academy Award nods.

The Sundance Film Festival has made a name for itself since its founding in Park City, Utah, in 1978 as a must-attend event where film buffs can rub shoulders with top acting, directing, and producing talent. Sundance is presided over by actor/director Robert Redford and first began as an American-made-only festival originally called the Utah/US Film Festival.

But Sundance hasn’t limited itself to American venues, and Redford has brought the film festival to the world by hosting Sundance-associated festivals in London and Hong Kong. Once an event focusing on smaller, low-budget films, the Sundance Film Festival now attracts top talent, Hollywood blockbusters, and international film premieres.

South by Southwest Conference and Festivals (also known as SXSW) celebrates “the convergence of the interactive, film, and music industries” through a week-long offering of concerts, speakers, and special showings. Conference topics for South by Southwest 2019 covered subjects like cryptocurrency, brand marketing, politics, design, and enterprise, but it’s the SXSW Film Festival that carves out a special place within the event’s programming schedule.

SXSW may not be as renowned as one of the Big Three, but it’s making a name for itself in terms of legitimacy, talent attracted, and prestige.

The Annecy International Animated Film Festival stands apart from other festivals on the list in that it accepts only entries that are animated. Many film festivals have animated film categories, but the event held every year in Annecy, France, is the largest festival dedicated solely to the craft. The Annecy International Animated Film Festival often serves as a stage for animated films that might otherwise not receive as much recognition.

This list only begins to scratch the surface as far as film festivals both big and small are concerned. Hundreds of different film festivals are held each year around the world to the joy and viewing pleasure of film fans everywhere, and more continue to pop up to recognize the art form and the players who make movies possible. 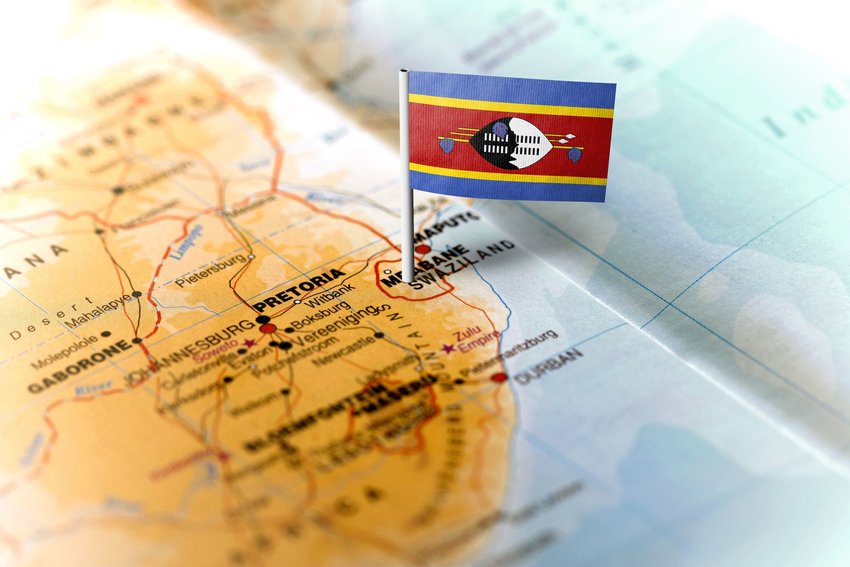 Now called eSwatini, this country is rich in natural beauty, culture, and history.

Aviation has come a long way, but some of the world's oldest airports are still operating today.