Cost of living is a metric that economists use to compare how much an individual or a family would have to spend to maintain a certain standard of living in a specific area, often a city or metro area. The Economist Intelligence Unit recently published their Worldwide Cost of Living report, which measures and compares the cost of living in the largest cities in the world. Here are the seven most expensive cities to live in, according to the EIU’s comparison of “over 400 individual prices over 150 products and services.”

Singapore tops the list of the world’s cities with the highest cost of living again for the fourth year in a row. There are two primary factors that put Singapore on the top of the list: the exorbitant cost of owning and operating a car and the extremely high price of real estate. The high price of car ownership is a result of government disincentives to keep private vehicles off the congested city streets, and the high price of real estate is a natural result of a highly populated metropolis. Likewise, luxury items often come at a premium. The average price for a bottle of wine is almost $25.

However, if you are willing to live somewhat frugally, Singapore becomes a more attractive location. Household goods are quite cheap, and local transportation from both public transit and cab services are inexpensive.

One of the least surprising entries on this list is the notoriously expensive cultural icon and urban metropolis that is Paris, France. The only city on the top seven that uses the Euro as its currency, Paris remains as what the EIU report describes as a “structurally expensive” city to live in. The high price of recreation, entertainment, and household and personal care make living in the city a pricey proposition no matter how you try to manage your money.

Zurich is the first of two Swiss cities that made the top seven, both bolstered by the strength of the Swiss Franc, which helps raise the overall cost of living across the country. Zurich is notable for the high cost of basic services such as haircuts and language classes, which can be more than 20 percent higher than that of nearby European cities. The cost of electronics such as smartphones is also about 15 percent higher than nearby cities.

However, the high cost of living can also lead to certain benefits. Workers in Zurich have higher wages than those in many other European cities and lead in the amount of paid leave that employees receive.

Hong Kong is another thriving metropolis whose high cost of living stems from a supercharged housing market. Hong Kong is not only the fourth-most populous metro area in the world but is also a common entry point to the global economic powerhouse of China.

Hong Kong occupies a geographically limited space yet remains attractive to locals as a place in which to live and work, while still drawing in people from around the world who are looking to do business in China. The high demand for services and goods combined with limited space and a seemingly unlimited flow of financial resources creates a very pricey city to call home.

A European city that does not depend on the Euro, the capital of Norway’s high cost of living is due to its high tax rates, which start at a staggering 28 percent income tax. These taxes are used to fund the country’s progressive social programs. Education, transportation, and health care are all subsidized by the government.

These social programs have led to record-low levels of  unemployment (just around 3 percent) and minimal wage differentiation, which makes Oslo an attractive place to live and raise a family.

The capital of South Korea is a modernizing metropolis with some strong consumer industries that create a high cost of living. Imported items such as fresh fruits are expensive, meaning that the cost to fill up a bag of groceries can be three times higher than in other expensive cites such as New York. The presence of electronic powerhouses such as LG and Samsung tend to limit competition and drive the price of consumer goods up as well. A competitive real estate market helps this city reach the top of the cost of living list.

However, as the city continues to modernize, infrastructure and services continue to improve, meaning that transportation remains affordable.

The second city in Switzerland on this list shares some of the issues that drive Zurich’s cost of living up, such as the strength of the Swiss Franc. However, Geneva has its own quirks that make its economic realities a little different than that of Zurich.

Geneva has more expensive prices for food and housing than does its neighbor to the north. However, not only is the net salary score of Geneva higher, individuals in professions that typically make less money tend to make more in Geneva. For example, cooks and teachers in Geneva both make more on average than in neighboring European countries. 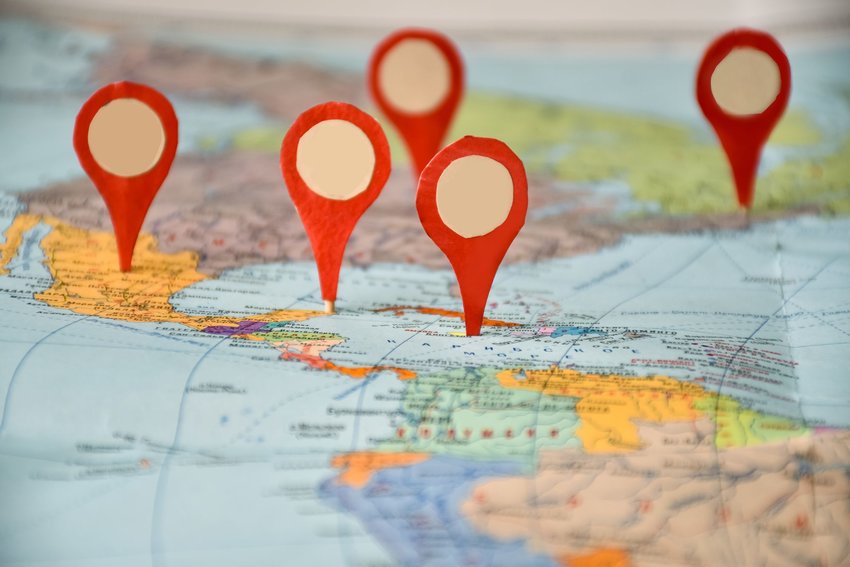 Most countries rub elbows with others, but a select few have just one neighbor.

Mosques around the world feature intricate details, stunning designs, and a fascinating culture.