Starbucks is known all over the world, in 30,000 locations to be exact. Which is not too bad considering Starbucks began in Seattle, Washington, in 1971 as a shop on 1912 Pike Place. Starbucks became profitable and spread into the Midwest and British Columbia in the late 1980s. The company then jumped into California in the early ’90s and captured a completely new fan base of coffee addicts.

It didn’t take long for Starbucks to scale the international world and share their blends globally. Tokyo was Starbucks’ first stop on the map in 1996. This launched an extensive distribution network of stores. Overseas locations constitute nearly one-third of their businesses, and they opened an average of two stores daily between 1987 and 2007. There are now more than 24,000 stores in 70 countries. Starbucks is known for their environmental focus and social vision, such as eliminating straws by 2020 and using ethically sourced coffee.

Starbucks’ vision and originality hit the right spots across the globe. They introduce new recipes annually and even reintroduce favorites for special events such as the Pumpkin Spice Latte. But beyond the classics, the chain is known to get wild in the creation of unusual and strange beverages. And that trend is amplified when you consider all of the local flavors and traditions of the many countries in which Starbucks operates.

There is a wealth of imaginative blends across continents. Starbucks constantly updates its menu, so it is possible these five crazy international drinks will not be available (unless, of course, you're in the know about those legendary secret menus).

Where to get it: South Korea

Avocado smoothies have always been a tasty treat, but this Avocado Frappuccino — officially called the Avocado Blended — appears as though you are eating a real avocado. This drink from South Korea consists of low-fat yogurt, kale, avocado, and coconut milk for a great healthy option. Even better is the avocado seed in the drink — well, really, it is a chocolate ball, but it makes a great addition. The green syrup lining the cup imitates an avocado peel. Kudos to South Korea for going all out on this tasty-looking (and trendy) blend.

Where to get it: Japan

Just like the avocado drink, the Cherry Pie Frappuccino is an all-in glory resemblance of its namesake. It is made with vanilla-flavored cream, whipped cream, and cherry compote. The crowning pièce de résistance is a Japanese pie pastry dome with a hole for the straw. It appears as though you can drink a cherry pie — the pie crust does not only allow a person to drink from it, but it acts like the lid as well. Functional and tasty.

Where to get it: Latin America

Pass this one by if you were searching for healthy, low-fat options, because this one offers the sugary-sweet and doughy fried crunch of the churro. The Churro Frappuccino can be found only in Latin America.

However, if you want to take a stab at making one at home, throw in some cinnamon dolce sprinkling, whipped cream, and white mocha syrup, then pick up some churros at the store to add to the mix. Even if you are a health nut, go for it, as this tasty experience is well worth it.

Where to get it: China

Do you know anyone in the United States who walks into a Starbucks and asks for beans in their Frappuccino? In China, they love it! This exotic drink is made with whole red beans and green matcha powder. According to reviews, the Red Bean Green Tea Frappuccino is sweet even though there are legumes floating on top. The drink is also a bit more on the healthful side as matcha green tea has plenty of antioxidants, polyphenols, and L-theanine, and legumes like beans continue high amounts of protein. Sweet and good for you? Count us in.

Where to get it: Europe, Middle East, Africa

Do you have a passion for pistachios? When you see a drink from Starbucks entitled Pistachio and Rose Mocha, do your senses start tingling? According to Starbucks itself, these drinks are made with:

“Mocha sauce and a rose and pistachio syrup swirled with steamed milk and rich espresso” and “finished with pistachio and rose whipped cream and pistachio crumbs.”

If you like the sound of this, plan a scavenger hunt to Europe, the Middle East, or Africa in order to get this drink. Pistachio is listed three times in the ingredients and in all the right places. For some, the rose flower might be the most unusual ingredient of this recipe, and until the beverage is tasted, you will not know if it works for you. But those flavors sound pretty dreamy to us.

Maybe, one day, Starbucks will celebrate an international day at all of its locations, and we can try these fascinating beverages. In any case, there is no doubt that Starbucks has a handle on what the world wants in accordance with unusual, innovative drinks. Next time you travel internationally, stop at a Starbucks coffee house. Remind yourself that this might be your chance to be a little daring and try something you probably would pass on at home. Enjoy!

Many people live surrounded by hundreds of years of history. 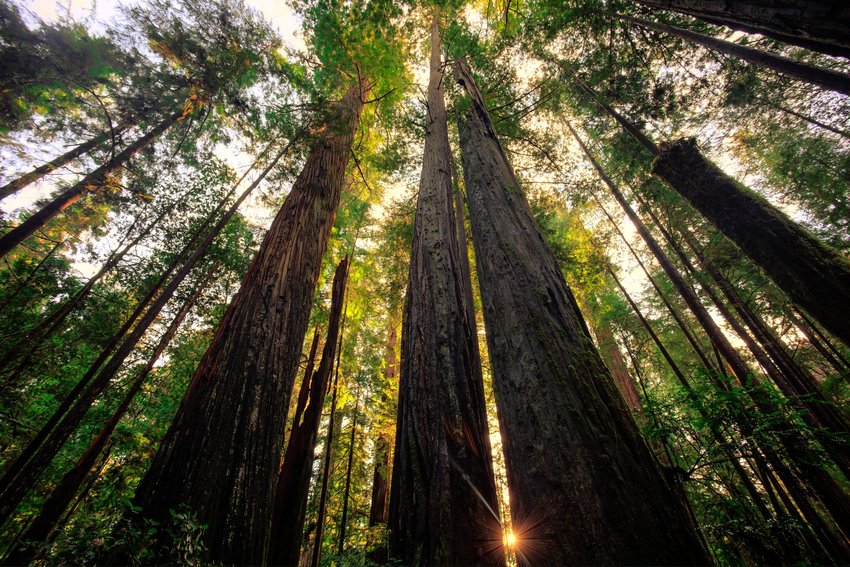 Redwood National Park in California will undoubtedly leave you in awe of nature's grandeur.