Every year, the International Bank Note Society (IBNS) votes on the most outstanding, exceptional bank note and awards it the esteemed title of “Banknote of the Year.” Unfortunately for everyone in the United States, the drab, green paper that fills wallets from sea to shining sea has never won the prestigious award — although the redesigned $100 note did get nominated in 2013. Here are five pieces of currency that have won Banknote of the Year.

In 2018, over 150 new banknotes were created throughout the world. Of those 150, Canada’s brand new $10 note came out on top. Before it was released, the Bank of Canada announced that they were “going in a new direction,” which turned out to be more literal than figurative. The new note features a vertical orientation instead of the tried-and-true horizontal orientation — a first for any North American country. In addition to its new orientation, polymer material, and pleasing, purple-and-turquoise coloring, the note features the image of businesswoman and civil rights activist Viola Desmond. Canada is no stranger to winning the award. They also won the inaugural Banknote of the Year award in 2004 for their $20 note.

In 2016, Switzerland redesigned its currency using a new hybrid material, bright colors, and a vertical orientation. The designs were so striking that they were almost a shoo-in for the Banknote of the Year award. The new 50 Franc note featured a bright green background depicting the winds of the world, a hand holding a dandelion, the famous Swiss mountains, and a paraglider — national experiences of Switzerland. Since the new notes took a while to be officially released, the redesigned 10 Franc note won the Banknote of the Year award in 2017.

In 2010, Uganda released its brand new 50,000 Shilling note to much acclaim. The redesign featured just about everything that makes the country unique such as traditional headdresses, indigenous patterns, depictions of the rainforest, native animals, and an outline of the country featuring the equator and a beloved national monument. The new banknote was a perfect representation of Uganda. For its perfection and high attention to detail, it received the Banknote of the Year award in 2010.

Trinidad and Tobago is a small dual-island nation off the northeastern coast of South America. To celebrate the island way of life, the Central Bank of Trinidad and Tobago released a new 50 dollar note depicting brightly colored birds and flowers that are native to the tropical islands. The new notes were also the first polymer currency to be used in the Caribbean. This exceptional piece of money won Banknote of the Year in 2014.

It’s one of the most unique spectacles that you’ll ever see. Here’s everything you need to know about the famous "Enchanted Highway." 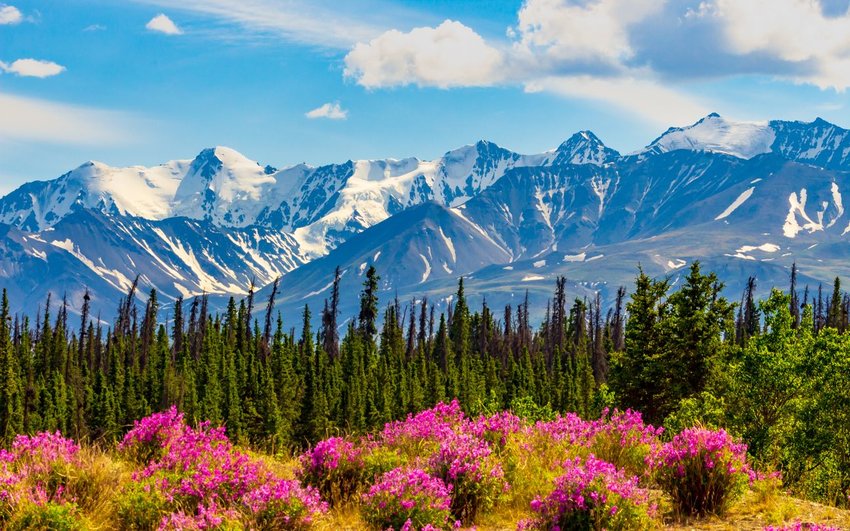 We know there are questions around travel amid the coronavirus (COVID-19) outbreak. Read our note here. Like many other countries in North America, Canada is separated into different regions. The