Scandinavia is a geographical term for the countries of the Scandinavian Peninsula. Officially, Norway, Sweden, and Denmark are the three countries of Scandinavia, but Finland, Iceland, and the Faroe Islands are sometimes also considered Scandinavian countries due to their north Germanic heritage and language.

Trolltunga is an epic rock formation in western Norway that overlooks Ringedalsvatnet Lake. A lone rock juts out from the mountainside almost 2,300 feet above the ground below — offering some of the most spectacular photo ops that Scandinavia has to offer.

Getting there is a bit tough, but the pictures speak for themselves. Only expert hikers can make the journey. It takes roughly 8-10 hours to hike the 17-mile trail. Due to harsh winters, you can only make the trek to Trolltunga in the summer.

Abisko National Park is located in northern Sweden and is home to the beautiful Abiskodalen Valley. The Abiskojåkka river flows through the center of the park and creates jagged canyons in the limestone. Snowcapped Mount Njullá provides the backdrop for this gorgeous scene.

Since it’s a national park, there are plenty of hiking and camping opportunities. In the summer, the valley lights up with blooming flowers and you can experience camping under the midnight sun.

A fjord is made by melting glaciers that form deep, narrow valleys between steep rock cliffs with sea water at the bottom. They’re some of the most spectacular natural landscapes in the world and Scandinavia is full of them.

Geirangerfjord is a Norwegian fjord that looks like it belongs in a fairytale. Both sides of the blue water feature cliffs filled with greenery and beautiful waterfalls. To experience Geirangerfjord in all its glory, take a boat tour or kayak to get up close and personal with the thunderous waterfalls and feel the power of nature.

Off the coast of Norway on the Faroe Islands is one of the most breathtaking waterfalls on the planet. The Múlafossur waterfall flows right over the edge of a 100-foot sea cliff and falls directly into the ocean. The jagged shoreline provides a spectacular backdrop for the falls.

Once you’re on the Faroe Islands, getting to the falls is easy. It’s only a short walk from Gásadalur village on the western shore of the islands. Catch the falls at night, and you might get a chance to see the northern lights in the background.

The Lofoten Islands are an archipelago in Norway. This series of islands includes numerous small fishing villages deep within the Arctic Circle. As with most places in Scandinavia, the landscapes are gorgeous. If you want to see the northern lights, this is where you should venture. The Lofoten Islands also experience Arctic Night. If you go in the winter, don’t expect to see much sunlight!

The islands were once a headquarters for vikings hundreds of years ago and much of the history still remains. In the village of Borg, archaeologists uncovered the remains of a 272-foot-long viking longhouse!

Just by looking at pictures, you might think that the white, sandy Ramberg beaches belong in the tropics, but they’re actually located deep within the Arctic Circle. While the water might not be ideal for swimming since it gets pretty chilly, beachgoers still enjoy catching some extra rays during the midnight sun. In the winter, you can catch incredible views of the northern lights over the ocean.

Despite their remote location, the beaches are relatively easy to visit. They’re just off the E10 highway and only a short drive from the village with the shortest name in the world: Å. 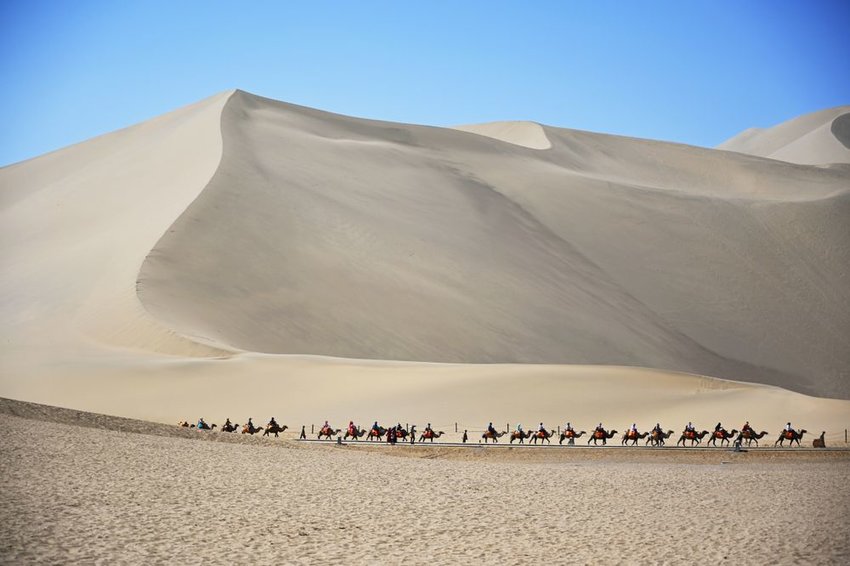 The Gobi Desert is the largest desert in Asia and is home for many unique animals. “Gobi” is a Mongolian word that means “waterless place.” Unlike most deserts, the Gobi 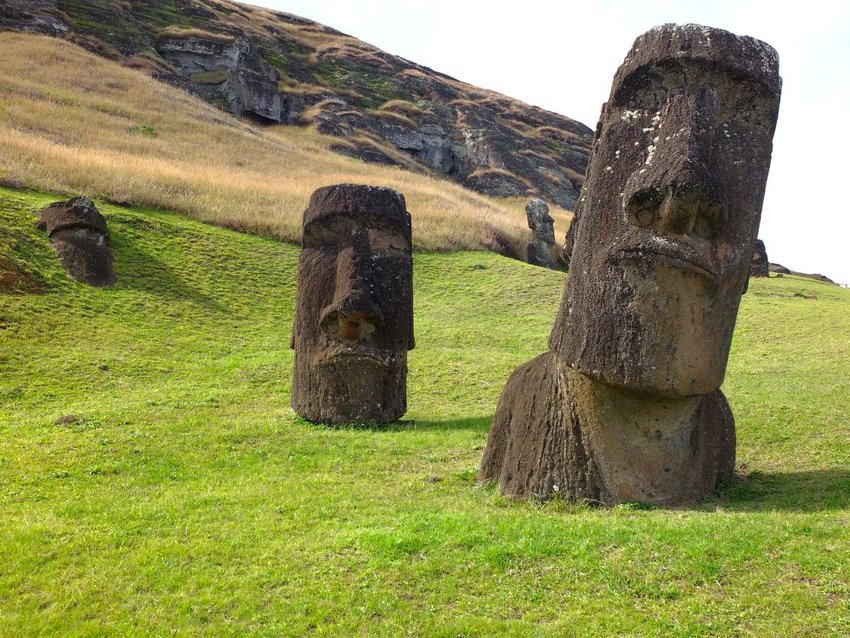 As an important link to our ancestors and the development of one of humanity’s most important tools, language, hieroglyphics remain a subject of fascination for archeologists. Here are seven