Moai, or more commonly known as the Easter Island Heads, are massive statues built by the indigenous people of remote Easter Island (in the South Pacific, near Chile) called the Rapa Nui. How these people managed to construct and move such incredible megaliths with the technology available to them at the time remains a highly researched mystery today. What are the Moai, and why were they built?

Most people have seen or at least heard of the Moai statues or “Easter Island Heads.” One even secured a humorous spot in the movie “Night at the Museum.” But the term “Easter Island Head” is not entirely accurate, as most of the statues actually have full-sized bodies, and there are probably a lot more of them than you realize.

Moais are huge sculptures that were carved directly out of the rock wall formed by the Rano Raraku volcano. The rock was chipped away until only the statue remained. Tuff, which is compressed volcanic ash, is a soft stone that is easy to carve. Since the Rapa Nui had no access to metal tools, it was the ideal material for carving.

The statues have large heads, broad noses, and rectangular ears. The bodies are typically in a squatting position, and they generally do not have legs. Some statues have “hats,” which are believed to depict hair, or tribal topknots called pukao. The largest of these statues is over 30 feet tall and weighs 86 tons. Over 1,000 statues are found throughout the island.

Why Were They Built?

It is commonly believed that the Moai were built as representations of tribal ancestors or religious entities. The Rapa Nui believed that the statues contained a magical, spiritual essence called mana. Statues were placed facing the village so that they could watch over the people. There are also seven statues, called the Ahu Akivi, that face out to sea to watch over travelers and help them find the island.

How Were They Moved?

This is the mystery that stumps researchers to this day. These statues are massive, weighing hundreds of thousands of pounds. How did a primitive culture without modern technology, wheels, or even metal, transport thousands of them all over the island?

One theory is that they were carved and moved in an upright position. When the statue was broken free from the quarry wall, it was rocked back and forth using ropes and “walked” to its destination. Many experts disagree with this theory because of the time it would take to move the statues the large distances from the mountain to the village. As you might know, moving even a refrigerator just a couple of feet using the “walking” method takes some time — now think about moving it several miles.

The most popular theory is that they were moved horizontally on their backs either by dragging them down the mountain using brute force, rolling them using logs as wheels, or by building a track system with logs. These methods would have been able to move the statues more quickly than walking. There is also evidence of deforestation on the island, which would be congruent with the idea that hundreds, if not thousands, of logs would have to be used to move one statue.

Of course, any true mystery lends itself to some “alternative” theories. It is a popular belief that the statues were constructed to honor the extraterrestrials that frequented Easter Island and lended aid to the natives. Using their advanced technology, the aliens then moved the statues from the mountain to their final resting place. There are even cave drawings that depict alien life and the mysterious rongo-rongo tablets that speak of a civilization not of this world. Whether or not this is the truth is up for some debate.

While it remains unclear how these incredible sculptures came to be, they are definitely an astounding feat of human (or alien) ingenuity. Many of the statues have been toppled over the years either by European involvement, native disagreements, or simply time, but most of them still exist to this day. About half of the Moai remain on the island while the rest have been transported around the globe for other cultures to enjoy.

Like to feel the heat? Start with one of these famously spicy dishes beloved by diners from around the world. 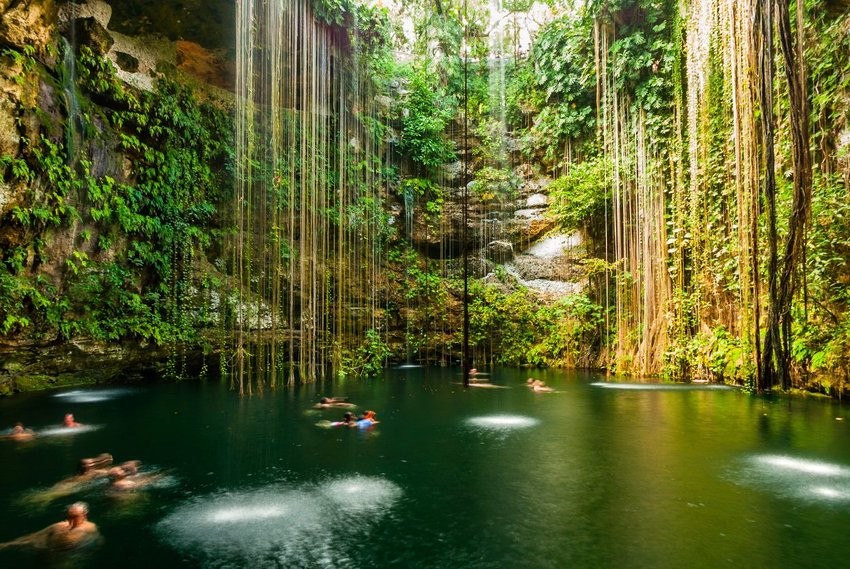 Whether you enjoy the sand, rugged mountains, or a relaxing swim in a cenote, Mexico’s natural landscapes are sure to impress.