Stonehenge is one of the most famous monuments on the planet — and one of the most mystifying relics of the ancient world. Built by a people who left no written record and had not even developed the wheel to transport the massive stone blocks on the site, Stonehenge begs the questions of who built it, why did they build it and how did they accomplish the task? Check out some of the history, theories and realities of Stonehenge to demystify the structure.

Stonehenge is a monument located on the southern end of England, in Wiltshire County only a couple of miles from the city of Amesbury. The monument consists of dozens of large stones arranged in a semicircular pattern. The earliest construction work began around 3000 BC and was completed in three phases, each separated by hundreds of years.

During the initial period of construction, a large circular ditch was dug out and the accompanying embankment was built. While there were no significant stone structures created during this time, there is evidence that timber posts were placed both inside and around the low earthen structure.

Centuries later the second significant phase of construction began at Stonehenge. During this period many of the smaller bluestones were placed in Stonehenge. These stones are remarkable because they have been determined to have been taken from the Preseli Hills, a quarry in Wales that is over 100 miles away from Stonehenge. Some of these stones weighed around two tons, and how the builders were able to transport these massive stones remains a subject of great debate.

Some theorize that tree trunks may have been used to roll them to waiting rafts and float them most of the distance. Others think that teams of oxen may have been utilized along with wooden sleds to drag them across the countryside.

The third and final period of construction commenced around 2,000 BC. It was during this time that the large sarsen stones were brought to the site and put into the three-stone structures that are most commonly associated with Stonehenge.

These stones most likely came from a quarry over 20 miles away and were much larger than the bluestones. On average the sarsen stones weighed 25 tons and were about 20 feet high. There is vigorous debate about how these stones were transported as well, with one leading theory that a sled system was employed to drag the stones from the quarry.

Work continued at the site for about 500 more years, after which it seems to have abruptly ceased for unknown reasons.

The question of who could have accomplished the task of constructing something like Stonehenge has been a point of contention for centuries. In the 1100s, the author responsible for the legend of King Arthur, Geoffrey Monmouth, claimed it was Merlin who placed the stones there. The existence of these stories has been established as fictional, causing this theory to fall out of favor. During the 1600s, John Aubrey popularized the idea that Stonehenge was a site of druidic worship. However, Stonehenge stood for over a thousand years before the Celts and the druids that traveled with them came to Briton. This cast doubt on this theory as well.

The most common answer accepted among the historic community today is that several groups of indigenous Britons contributed to the initial construction of Stonehenge. After that, a mix of immigrant populations and the descendants of the original builders developed more advanced communities, tools, and methods to accomplish the final stages.

Today, Stonehenge is a popular tourist destination and UNESCO heritage site. More that 1.5 million people travel to the monument every year to marvel at the achievements of the ancient Britons. 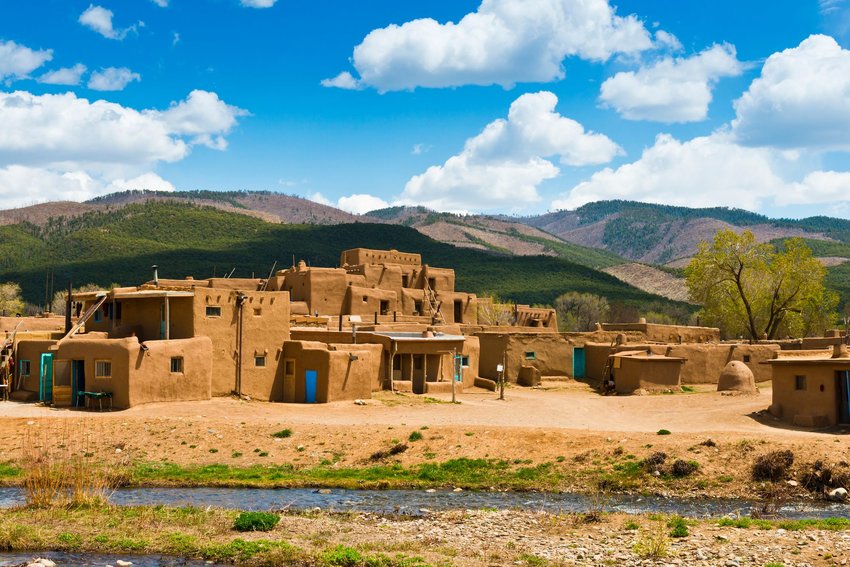 Full of history, culture, and beauty, Taos is not to be missed.

There are a few places that you may be surprised that you can even visit on this planet.