Have you ever spent time in a place like the Grand Canyon? You’re surrounded by massive rock walls that silently display a history that you probably can’t even wrap your head around — millions of years of geological changes that helped to create the Earth as we know it. Besides leaving you in awe at the beauty and magnitude of what you’re seeing, you might have left wondering how the Earth was formed in the first place. We’ve done some sleuthing, and we’ve rounded up a few of the biggest events that were responsible for shaping the planet as we know it.

A very, very, very long time ago, the universe went from being a small and compact area no bigger than the size of your fist to a rapidly expanding space where galaxies, solar systems, planets, stars, and smaller celestial bodies formed. The Big Bang is a pretty complex theory to break down in just one entry within an article. But key takeaways include that the Big Bang took place some 13.77 billion years ago and that it represents when time, as we know it, began. Everything in our universe today from sizeable bodies to even the most microscopic of cosmic materials originated from this singular event.

We know you want to talk about Pangea and the dinosaurs. But before we can even get to those “recent” milestones, we need to talk about how Earth formed. The Hadean Eon is known as Earth’s formative years. During this era, the planet was literally taking shape as heavier metals like iron formed the planet’s core while lighter materials stayed closer to the surface to create the Earth’s crust. The Hadean Eon was also a tumultuous time for the planet as it was constantly getting hit by asteroids, comets, and other various flying objects. Depending on who you source, some scientists believe this is how essential components to life like water and DNA appeared on the planet.

At this point, we have an Earth that’s forming, but it’s still not inhabitable. That is, until the moon appears on the scene. There’s a popular belief called the Giant Impact Hypothesis that says the moon was one of many items that crashed into the Earth during the Hadean Eon. But instead of making a head-on impact, the moon sort of ricocheted off the planet, and thanks to Earth’s stronger gravitational force, the moon was pulled into the Earth’s orbit. The main takeaways from the Giant Impact theory are:

Most people think that there was only one supercontinent on Earth, Pangea (also spelled Pangaea). But this isn’t the case. While we know that Pangea isn’t the Earth’s only supercontinent, there’s no formal consensus between geologists on which landmass preceded it. On the one hand, some experts believe that it was a small continent called Vaalbara that originated around 3.6 billion years ago before breaking apart 2.8 billion years ago.

Vaalbara’s remnants are said to exist between the Kaapval craton (a craton is the building block for a tectonic plate) in southern Africa and the Pilbara craton in northwestern Australia.

But like we said, not everyone agrees with the Vaalbara theory; another widely discussed supercontinent is Ur. Ur was formed roughly 3 billion years ago and managed to survive through the Pangea era until that supercontinent eventually broke into the continents we know today.

Climate change isn’t a modern issue; it’s been a concern throughout Earth’s history. Long before homo sapiens and their distant relatives were even a glimmer in evolution's eye, the Earth experienced several climate-change events that completely impacted life on the planet. In this case, we’re talking about an ice age gone overboard. Often referred to as “snowball events,” they reference extreme periods of glaciation when glaciers never recede and instead continue to creep further south. During each snowball event, the frigid temperatures and widespread ice lasted for 10 million years. But even during these frigid periods, it’s said that these eras helped to push forward the evolution of complex, multi-celled organisms.

It turns out that the dinosaurs being wiped out by an asteroid is by far not the only extinction event that the Earth has experienced. While that one tends to get all the interest, even slow-moving events like ice ages also took their toll on life. In truth, there have been five extinction events throughout Earth’s history, with some experts warning that we’ve already begun the slow progression towards our sixth extinction event.

Of course, the most well-known extinction event took place at the end of the Cretaceous period and wiped out 76% of  species — including the dinosaurs. The Cretaceous and the Great Dying extinctions were caused by unexpected geological events such as volcanic eruptions or asteroids. The other three were due to naturally progressing climate change and unexpected changes caused by rapid evolution. 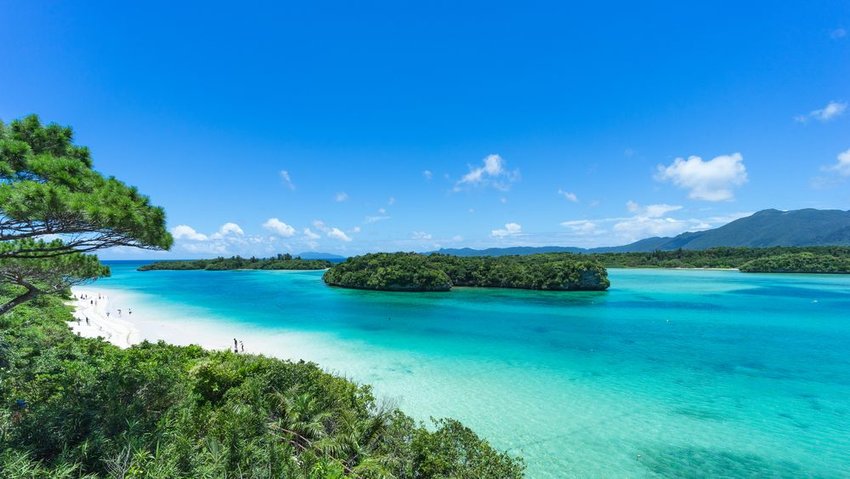 These breathtaking islands are full of natural splendor and fascinating history — all without the crowds you'll find at more famous locations.

These quirky, somber, or just plain odd resting places are must-visits for anyone who wants to indulge their macabre side.