For those who want to get away from it all, the Aleutian Islands might be of interest. These remote islands have some of the lowest population densities in the world; many are entirely uninhabited. There are more than 300 islands in the chain, 41 of which contain volcanoes. So, where are these fascinating islands and what makes them so special?

If you’re looking at a map of Alaska, the Aleutian Islands are the "tail." The Aleutian Islands are made of a chain of more than 300 islands. Together, they form an arc from the southern tip of Alaska and reach all the way to the eastern coast of Russia. They were formed by volcanic activity, much in the same way that Hawaii was made. They’re a part of the Pacific Ring of Fire, an active fault zone around the perimeter of the Pacific Ocean notorious for earthquakes and volcanic activity.

When most people think of Alaska, they envision heavy snow, sub-zero temperatures, and maybe even a polar bear or two. The climate of the Aleutian Islands, however, isn’t quite what you’d expect for its northern location. The temperature remains fairly consistent throughout the year, only fluctuating by about 20 degrees between summer and winter. Summer days average around 56 degrees Fahrenheit, and winter days average around 36 degrees.

Although the temperatures are not miserably low, being surrounded by the ocean makes for high winds and lots of precipitation, mostly in the form of rain and fog. However, the Aleutian Islands don’t receive much snow. Most of the land is covered in grass and flowering plants and basically devoid of trees.

The Aleutian Islands are believed to have been a pathway for early humans to travel from Asia to North America. There is evidence of human existence on the islands as far back as 15,000 years ago. The Aleuts were the sole inhabitants of the islands for thousands of years.

In 1741, the Russian government sent explorers to the islands. They found that the islands were rich in animals — specifically species with fur coats — which launched a wave of explorers, colonists, fur traders, and missionaries to the islands. The Russian conquest was not kind to the native human population, most of which were wiped out or sold into slavery.

With more people heading to the Aleutian Islands, it became harder and more expensive for the Russian government to keep the islands supplied. So, in 1867, Russia sold the islands and Alaska to the United States in the Alaska Purchase.

During World War II, Japanese troops invaded two of the westernmost islands. This was the only instance of a foreign military invading the United States during the war. It didn’t take long for the U.S. to react, and by 1943, barely a year after the invasion, the islands had been retaken.

Today, around 8,000 people live on the Aleutian Islands, with more than half of them living on the largest island called Unalaska. The main city shares the same name as the island. Some of the more sparsely populated islands have only one person for every 10 square miles of land. Many of the islands remain uninhabited.

The major industries on the islands are fishing, seafood processing, and fleet services such as marine transport repairs. Many outdoor enthusiasts enjoy visiting the Aleutian Islands for their pristine landscapes and extraordinary geological and biological diversity. 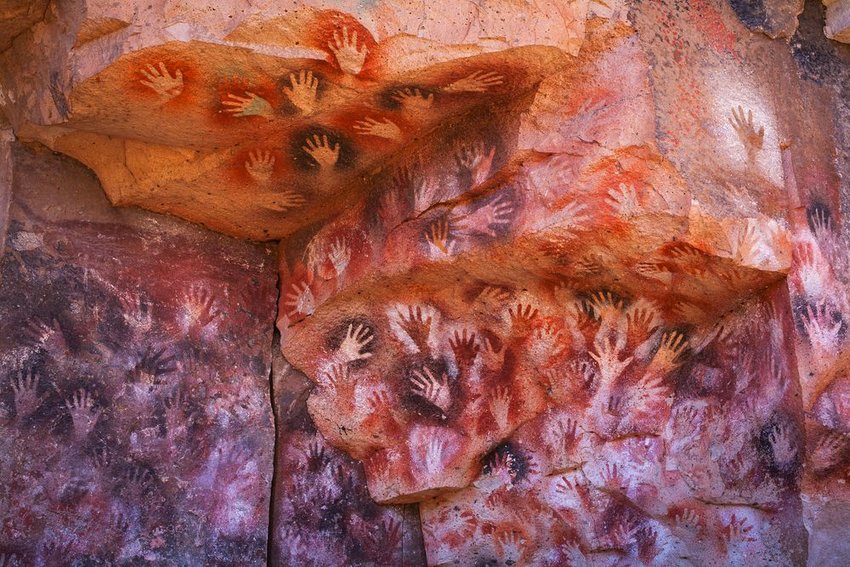 Researchers can learn a lot about early humans by studying the artwork they left on their own walls.